On February 7, 2020, we had enjoyed the 19th year of the Agrarian Chamber Ball, which took place in the representative premises of the Žofín Palace on Slovanský ostrov in Prague.

During the official opening of the event, farmers and food producers were personally thanked by the Minister of Agriculture Miroslav Toman, the Vice-President of the Senate Milan Štěch and the President of the Agrarian Chamber of the Czech Republic Zdeněk Jandejsek. The chairman of the Slovak Chamber of Agriculture and Food, Emil Macho, reminded the mutual cooperation of Czech and Slovak farmers and food producers in a short speech.

The ball evening itself was started by the dance group Karamelky with their top group of American country step.

In the Great Hall, a band with the best dance repertoire in Prague, The Party Band with the excellent singer Kateřina Romancová played, and in the Small Hall, a band of Radim Linhart alternating with dulcimer music by Grace, who accompanies Jožka Černý, King of South Moravia. his solo concerts. 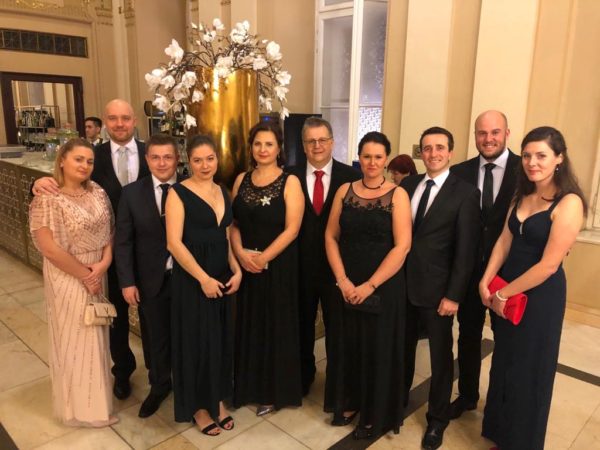 The imaginary golden nail of the whole evening, which was performed by the great actor and showman Pavel Zedníček, was the performance of the frontman of the revival Queenie Michael Kluch, the winner of the European revival competition of the Queens group, and of course there was also a raffle.

Are you interested in an individual offer
or do you just want advice?

Drop us a line, we will be happy to answer you.

You can only continue browsing this site if you agree to the use of cookies for tracking purposes of traffic statistics and marketing.